Myomectomy is the surgical removal of fibroids from the uterus through a small keyhole incision done using Laparoscope. Ideally done in unmarried women, married women without children, women willing to retain the uterus. 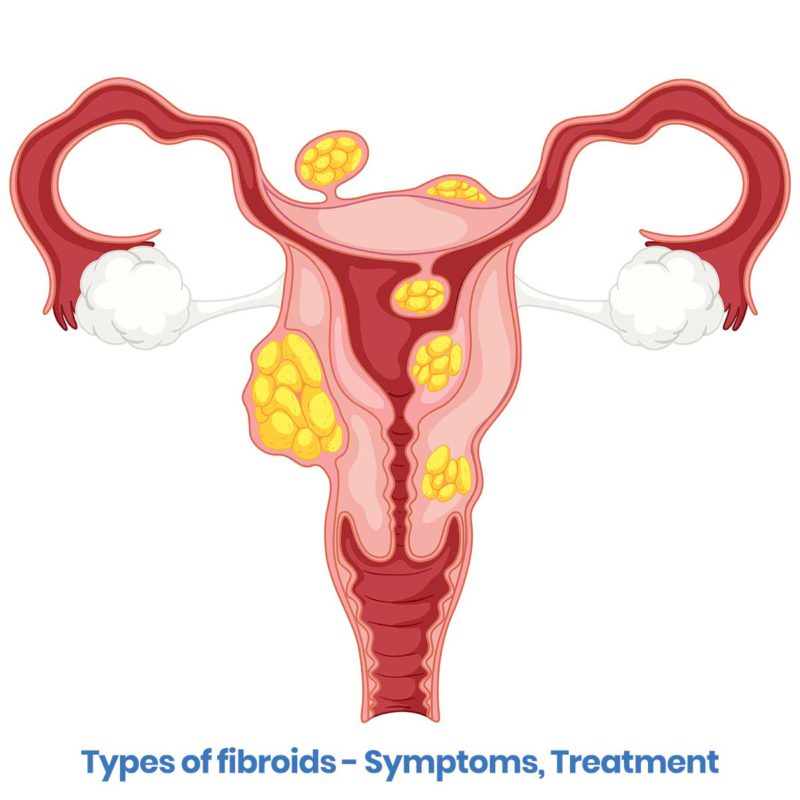 When your doctor diagnoses you with fibroids, the main aim of the treatment will be:
a. Reducing the pain and bleeding during menstruation
b. Trying to reduce the risk of infertility
The type of treatment preferred by your gynecologist will depend on your age, whether you are willing to become pregnant in the future, if you have recurring fibroids, severity of fibroids etc. 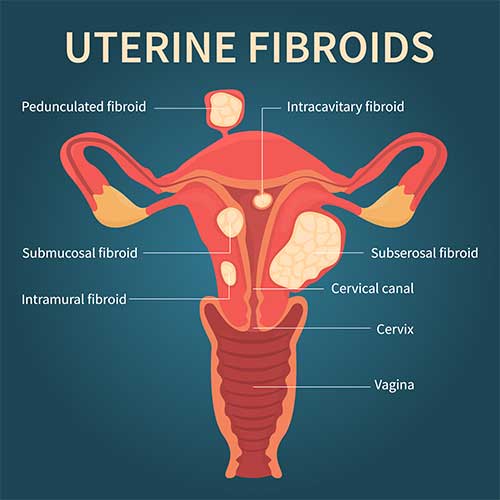 Fibroids are benign (non cancerous) growth of tissues inside or outside the uterus. Uterine fibroids are also called ‘leiomyomas’. Depending on the location of the unwanted growths, the fibroids are categorized into different types.
Types of fibroids:
a. Intramural fibroids
b. Submucosal Fibroids
c. Subserous and Broad Ligament & Cervical fibroids

Fibroids are abnormal, often benign (non-cancerous) growths that develop inside or on the outside of a woman’s uterus. While they are small, many women may not even have any symptoms but as they grow, they can cause severe abdominal pain, heavy to very heavy periods and can also be a cause of infertility. Fibroids are also knows as leiomyomas or myomas or uterine myomas or fibromas. 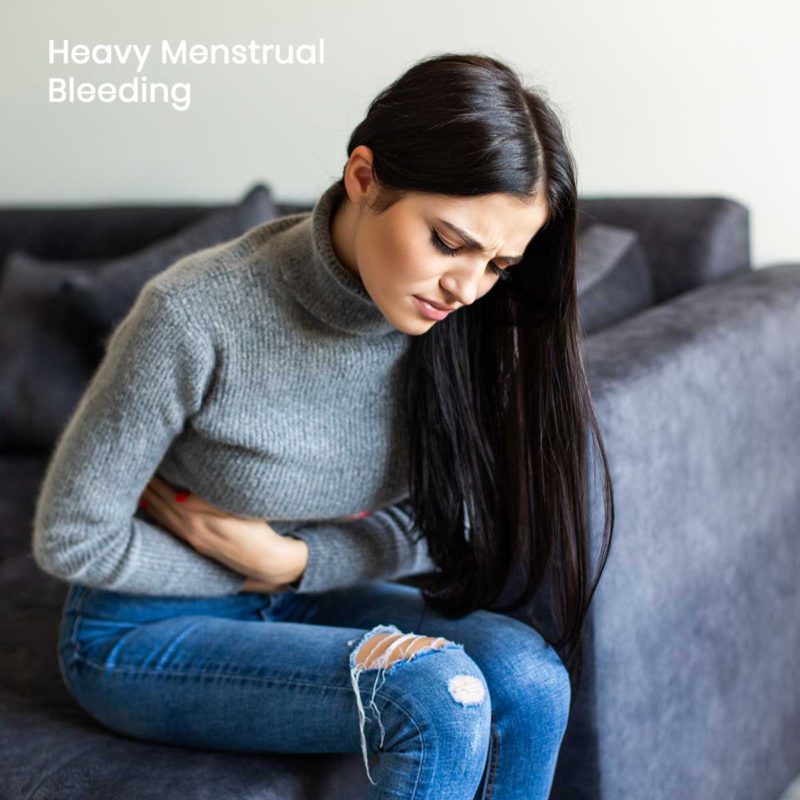 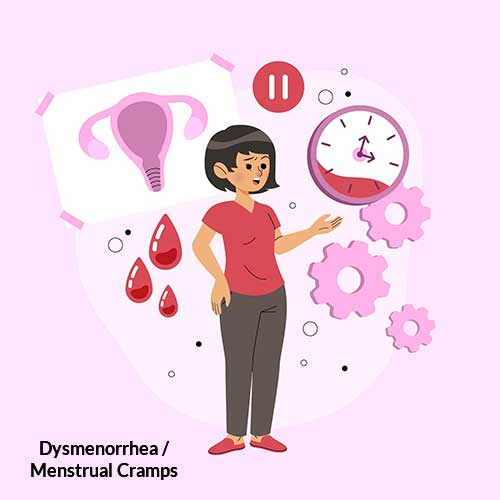 Dysmenorrhea – Menstrual Pain or Pain in abdomen due to cramps

Dysmenorrhea or Menstrual cramps are common during the menstrual cycle. Symptoms include cramps in the abdomen, bleeding (discharge of inner lining of the uterus along with other fluids), pain in lower back and thighs, fatigue and mood swings.
If the symptoms last longer than 5 days and if you think that is unusual, please speak to your gynaecologist immediately because the problem may be due to secondary dysmenorrhea that can indicate problem with any of the reproductive organs.

Treatment of Fibroids – Is hysterectomy an ultimate option? 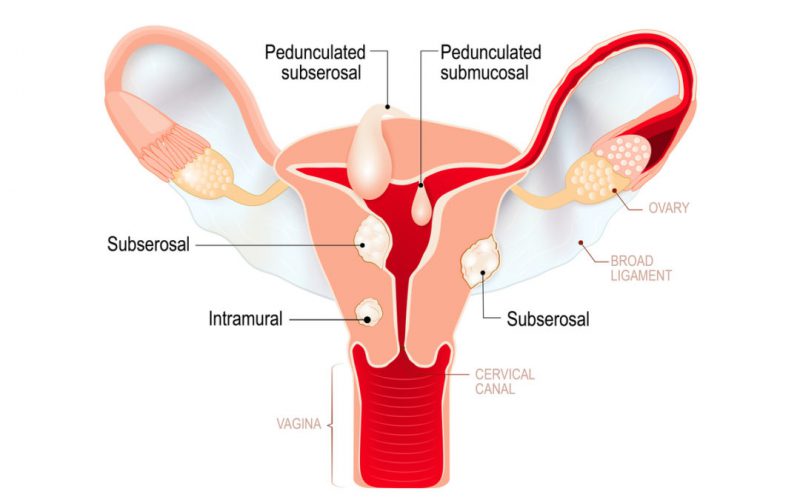 Surgical options for Uterine Fibroids Fibroids are benign (not cancerous) lumps that form in the uterus or on the uterus or in the tissues surrounding the uterus. They vary in size and the number of fibroid tumours can vary from patient to patient. Many times, small fibroids don’t bother much but when they start showing… 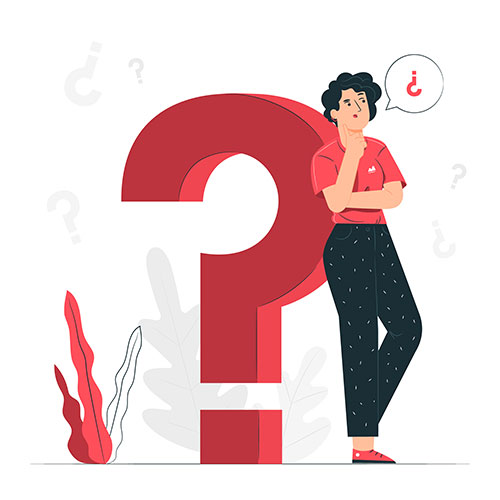 FAQs on Laparoscopic Treatment What preparations will be needed prior to a laparoscopic surgery? Any investigations or consultations arranged at the preoperative consultation should have been completed, to make sure there are no medical conditions that may cause a problem during the surgery. Patients should not eat or drink anything after midnight on the night…