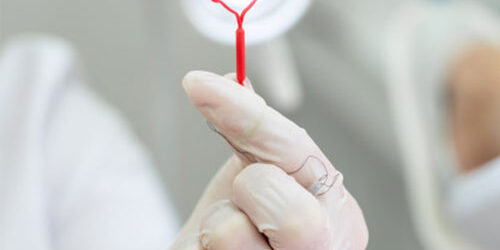 How do IUDs help in birth control?

There are several birth control options available today for men and women including:

If you haven’t read about the pros and cons of using birth control pills, you can visit the following article.

All you want to know about Birth Control Pills

One major drawback in using birth control pills is that you must take the pill everyday and there are chances that you may forget every now and then because of several other things in your busy life. Another easier birth control method is – using IUD, Intra Uterine Device that is placed inside your body (cervix and uterus) to prevent pregnancy.

There are mainly two types of IUDs available:

Except in the way they work to prevent pregnancy, the procedure of insertion and removal are the same. Each one has its pros and cons. Read on to know more and you decide which one to prefer along with your gynecologist.

Typically IUDs look like a ‘T’, consisting of a stem on top of which there are two flanges that bend onto their sides to form a T shape. At the other end of the stem, strings are present that help in inserting and removing the device inside the cervix.

Firstly, the shape of the IUD resembles the shape of the cervix and uterus joint and it is placed exactly right there to fit in. The placement prevents the sperms from getting into the uterus. (Not 100% but a little).

Secondly, the placement of a foreign body inside the uterus causes inflammation. When there is inflammation, the immune system of the body jumps into the scene and attacks any foreign biological entity, the sperms in this case.

Third, the actual function – Release of progestin hormone. Hormone releasing IUD releases progestin that changes the hormonal balance inside the woman’s body. This results in:

Care to be taken after getting a hormone releasing IUD placed

Side effects of hormone releasing IUD

Copper based IUD also works partly in a similar way like the hormone releasing IUD. Placement of a foreign body results in inflammation and the body’s immune system starts fighting against the sperms that enter the body. The inflammatory reaction of the body is also not good for the egg that is released.

Copper metal that is wound around the stem of the instrument (Copper T), releases copper ions due to the inflammatory reaction of the body. The ions act as spermicidal agents effectively killing the sperms that enter the body.  Some researchers suggest that, the release of copper ions is also harmful to the egg released. The egg will lose its ability to join with the sperm and even if it fertilizes, it will not be able to survive in the body.

Benefits of copper based IUDs

Side effects of copper based IUDs

Is it safe to have sex during menstruation? Pregnancy risk, benefits and more
October 17, 2021