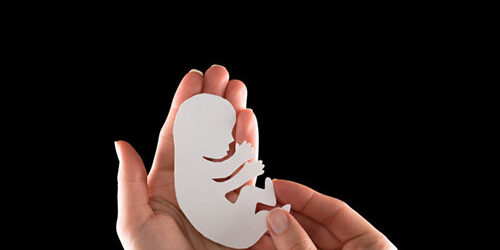 The legal aspects of Medical Termination of Pregnancy in India

Cutting the chase – Abortion (Medical Termination of Pregnancy) in India is legal on various circumstances and until 20 weeks of pregnancy. After 24 weeks of pregnancy, the woman has to get permission from the court to undergo abortion.

Before 1971, Abortion was considered a criminal offence under section 360 of IPC. It was termed ‘Intentionally causing miscarriage’. After the Shantilal Shah committee’s recommendations, Medical Termination of Pregnancy Bill was passed in the parliament of India in the year 1971, legalizing abortion with certain conditions.

As per the Medical Termination of Pregnancy Act (MTP Act) of 1971, abortion can be performed until 20 weeks of pregnancy by a qualified medical practitioner if:

The MTP Act of 1971 also specifies

Who is eligible to terminate pregnancy medically?

Pregnancy can be terminated only by a Registered Medical Practitioner who meets the following requirements:

There are some proposals to the MTP Act 2014 to include medical practitioners with bachelor’s degree in Ayurveda, Siddha, Unani or Homeopathy as they have Obstetrician and Gynecology (ObGyn) training as a part of their curriculum. Nurses with over three and half years degree and registered with Nursing Council of India are also a part of the proposal to be qualified to performed abortion services.

Where can pregnancy be terminated? (Eligibility of places that provide abortion services)

By default, all government hospitals are qualified/approved places to get pregnancy terminated. Private hospitals need special permission and approval to provide abortion services from the District Level Committee (DLC). The owner of the private place must apply for permission from the DLC and once the DLC certifies that the place is fit to perform the procedure, the qualified doctor(s) can perform the abortion procedures.

Why the 20 week rule to abort pregnancy?

In the time when the suggestion was made into an act, gender identification of foetus was not possible until 20 weeks. In order to prevent gender biased abortions, the then government allowed abortion until 20 weeks.  However, with the advancement in medical sciences, now the gender of a baby can be found around 10th – 12th week of pregnancy using Chorionic Villus Sampling (CVS) or by Amniocentesis between 15th – 20th weeks.

One should note that gender detection test is still illegal in India and we strictly abide by the government’s rules in our medical practice.