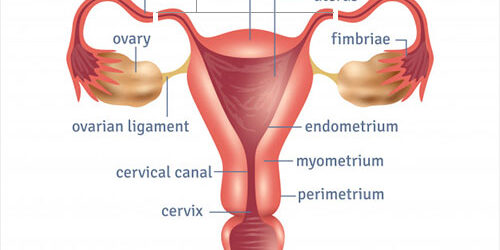 In our previous article, we came across using IUD – Intra Uterine Device as one of the effective and easier birth control options. In this article, let us look at another birth control method called Tubal Ligation which is a surgical procedure that helps in preventing pregnancy. No external/foreign body is placed inside your body in this procedure.  Tubal ligation can help you avoid pregnancy but it doesn’t stop you from contracting Sexually Transmitted Infections. So, when you are having sex with an unfamiliar/new partner, you should practice safe sex to prevent unwanted STDs.

What is Tubal Ligation?

Tubal Ligation refers to ‘Tying up/banding/disconnecting’ the ‘Fallopian Tubes’. You can look at the anatomy of the female reproductive system in the picture to the right (or below). The ovaries produce egg during the middle of the menstrual cycle. The egg is then released into the uterus. The egg passes through the fallopian tubes and enters the uterus. It then waits for a period of 24 hours for a sperm to fertilize. If the fallopian tubes are blocked or disconnected, the egg released by the ovaries will not be able to reach the uterus and meet the sperm, thus preventing pregnancy.

After the procedure, you will still have your monthly periods and can have unprotected sex with your trusted partner.

Who are the best candidates to undergo Tubal Ligation procedure?

Who should NOT go for tubal ligation procedure?

If you have any plans of getting pregnant in the future and still want to enjoy sex without any barriers, there are other options such as:

You may consider one of these two options and still prevent yourself from getting pregnant.

Typically, tubal ligation procedure is performed immediately after the periods are over. This ensures that the egg is still not released by the ovaries. In case if it is done at a later time, there are chances that the egg is already released and inside the uterus before the procedure is performed. In such cases, you can still get pregnant after the procedure.  Your gynecologist will guide you the time when this can be done and will also explain any possible risks associated with the procedure.

How is the tubal ligation procedure performed?

(Ectopic) Pregnancy after Sterilization – Is it possible?
January 3, 2021