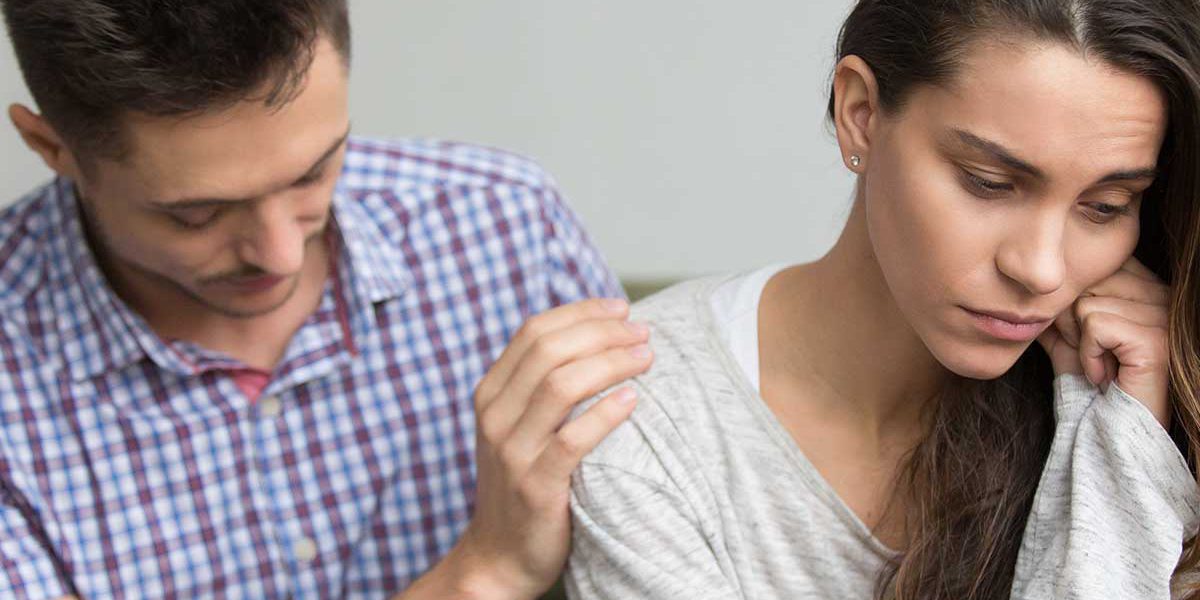 Intercourse and other sexual activities between the partners is mutually expected. Unconsummated marriage is a committed relationship where there hasn’t been any natural penetrative sex between the man and the woman. Please note that we are not talking about non-binary genders here. The reasons why the couple were not able to have sex depends on the physical and psychological conditions of either person. If you are having a normal sex life after marriage, you may be surprised to hear that the problem of unconsummated marriage is becoming an increasing problem between couples, especially in developing and under-developed countries where talking about sex is considered a taboo.

From a woman’s side, she may not be ready or willing to have sex with her partner for the following reasons:

The condition refers to the involuntary vaginal muscle contraction while trying to have sex. Why does this happen? Most often the fear of sex stems from past unpleasant experiences. Women who witnessed other women molested or went through such horrifying experience makes them fear sex. As a result, the vaginal muscles automatically contract and don’t let anything enter their body.  A forceful attempt may lead to physical injury in the region.

Fear of touch. Some women overreact (involuntarily) when anyone touches them. This usually happens due to the overreaction or oversensitivity of their nervous system which reacts involuntarily.

Gay women like to share bed only with their own gender but not with men. You may ask, then why get into a marital relationship with a man? Well, in countries with “traditions”, they may be forced into marriage with a man. Even though legally, gay marriages may be accepted, it may take decades to change the minds of people.

Vaginal agenesis is a rare condition wherein the vagina doesn’t develop in a girl child. This is a congenital defect. In most cases, the person who delivers the baby will be able to figure it out and a surgery will be needed to create the vaginal opening if self dilation doesn’t help.

Looking at the other side of the coin, a man may not be able to perform sex for the following reasons:

A condition wherein the man ejaculates before or within a minute or two after vaginal penetration. In the case of unconsummated marriage, the man may be ejaculating semen before penetration. Once the semen is released, the penis usually wouldn’t be hard enough to enter the vagina.

The reasons for premature ejaculation may be physical or psychological. Either case is treatable with medicines and therapy.

Failure to achieve an erection and perform penetrative sex is called Erectile Dysfunction (ED). There are several reasons why a man may not be able to have an erection such as fear (general fear initially or gynophobia, the fear of women), performance anxiety, age, dysfunctional erectile tissue, other medical conditions such as diabetes, high blood pressure etc or any kind of nervous disorder.

Diagnosis and treatment of couples in an unconsummated marriage

A physical appointment with a good gynaecologist is necessary to understand the physical and psychological aspects of each person. After a long list of questions, some tests may be performed to understand what exactly is going on with each person’s body when they are stimulated.

If the problem is physical, appropriate medicines will be provided and if the problem is psychological, therapy will be required to alleviate any fears or anxiety about sex in the individuals. Treatment of couples in an unconsummated marriage should often be a multi-dimensional approach where both the physical and psychological issues are addressed.

Marriage is unconsummated, what to do?

If you are among this group of people, the very first thing you need to do is to see a good gynaecologist near you. Talk to your doctor openly about the problem and follow your doctor’s advice and prescription if any. You need to remember that, how much ever you may love your partner, physical needs do exist for everybody and you need to address them to make your bond stronger. Physical intimacy and sex play a very major role in bonding a couple together for longer periods and having a happy family.

What you should NOT do if your marriage is unconsummated?

If your female partner is not ready for sex or if she has any kind of fear or anxiety due to which the intercourse is not taking place, never attempt a forceful entry of any kind. This can only make her fear more and make things worse instead of easing up. Have patience, talk to her with love, try to get cosy and start taking one step at a time.  If that doesn’t work, take her to a therapist and follow the advice given.